Interview with CHRIS PECKOVER, director of BETTER WATCH OUT! 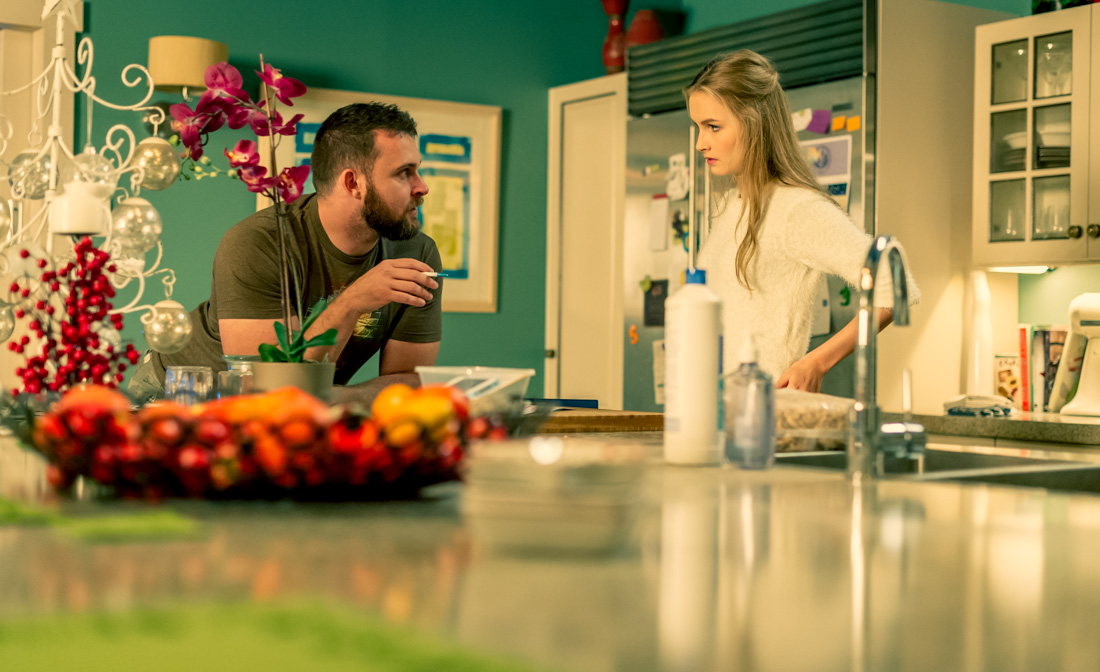 You directed and also co wrote (with Zach Kahn) BETTER WATCH OUT. What do you like about writing, and what do you enjoy about directing?
Christopher McQuarrie once said that writing is pushing a boulder up a mountain and directing is trying to outrun it on the way down. I am one of the slowest writers in the world. My process is excruciating and isolating. But it is that way because I know how quickly the boulder can overtake you on set if the script has hidden potholes. Being a director is weird and thrilling — you’re this flash CEO who’s suddenly in charge of millions of someone else’s dollars. So, I’ve learned to embrace the pain of writing. It’s a lot better than getting crushed by the boulder on the way down. And if all turns out alright, you create a fantastic movie where audiences never know about the Indiana Jones temple race that happened behind the scenes.

What got you into horror?
It’s all Don Mancini’s fault. My parents rented CHILD’S PLAY for me when I was five, thinking it was a kids movie, and left for a quick night out. I was so paralyzed, I couldn’t even get up to turn to TV off. I still haven’t rewatched it to this day (sorry Don! I promise I will soon.) Because of that movie, I was afraid of the dark until 8th grade. Part of my obsession with horror has been to overcome my own fears.

Another reason has been the social effect horror has. Growing up as a Canadian foreigner in the smallest county in Texas, it wasn’t the easiest to bridge the gap with all the local kids. But after watching a horror movie together, we’d yabber on for hours talking about how gross or scary it was and, well…everyone would open up about themselves. It was like we’d survived some great trauma together, and grown closer for it. Growing up in a conservative town like that, it was the most effective way to connect with people. I still think that’s a huge reason we like scary movies. The connection afterwards.

Can you walk us through the process of getting BETTER WATCH OUT made?

Aside from being Canadian, I’m also an Australian citizen. So when Brion Hambel, Paul Jensen, and I were approached by Brett Thornquest and Shane Abbess about financing our movie in Sydney for many times the budgets we’d been offered in the US, we all struck up a fast friendship. The irony is I couldn’t get a meeting anywhere when we were shopping BETTER WATCH OUT around as a screenplay, but now that we’ve gone outside the system and returned with a great movie, it’s a totally different story.

I know a lot of your readers are budding filmmakers, so at least in my case the advice is simple: there are so many producers and financiers outside the US looking for fantastic material, whereas many executives in Hollywood are trained to look for reasons to say no. If you have something pushing the boundaries that executives seem to be afraid of (like children+violence as we had in BETTER WATCH OUT), consider shooting outside the US. 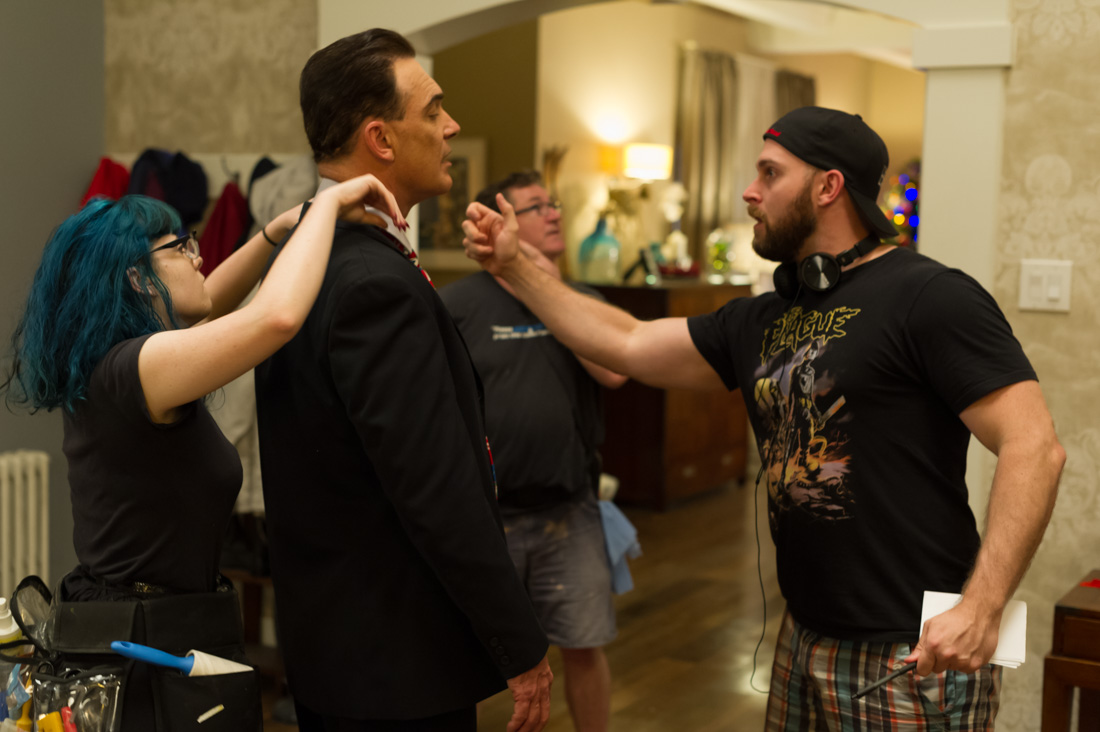 What’s next on your agenda?
You can expect something supernatural from me next, and not sharing the stage with comedy as much. I just finished a script involving a doppelgänger, and I’m having a hard time going to sleep right now…

What’s a movie or tv show you’d love to remake?
I’m in early talks right now about that, so I can’t name it quite yet. But I will say the best movies to remake are the ones that have high name recognition, but had humdrum execution. People rarely talk about the original THE FLY or THE THING (FROM ANOTHER WORLD) anymore. David Cronenberg and John Carpenter elevated them so sharply, upping the smarts and social commentary. I’d like to do that with another horror property. 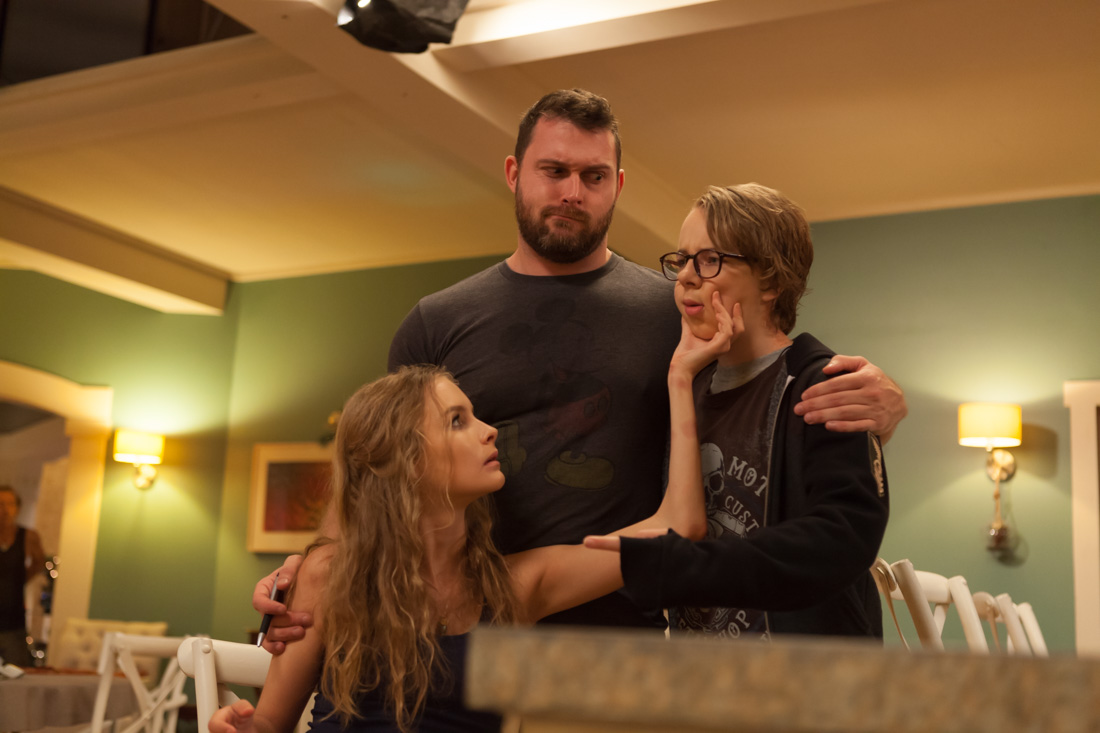 Who is your favorite movie villain?
Every villain I ever write, I come back to Hannibal Lecter. He’s got all these likable qualities: he’s handsome, intelligent, well-mannered, well-kempt, jovial — he even has his own sense of morality. Juxtaposing all those positives with his conniving and cannibalism makes for a truly terrifying experience. Because we as the audience WANT to like him. That’s so much more interesting than some murder-lug who juggernauts through the story.

What is your favorite film of the year? Favorite tv show?
GET OUT. GET OUT. GET OUT. I will go to the mat with anyone who doesn’t believe it’s the smartest horror screenplay since ALIENS. James Cameron convinced a generation of action-masculine-bro-hards to relate to a female protagonist in a movie about motherhood, and Jordan Peele just did the same with a black protagonist. He just tapped into the greatest power of cinema: full-bodied empathy. 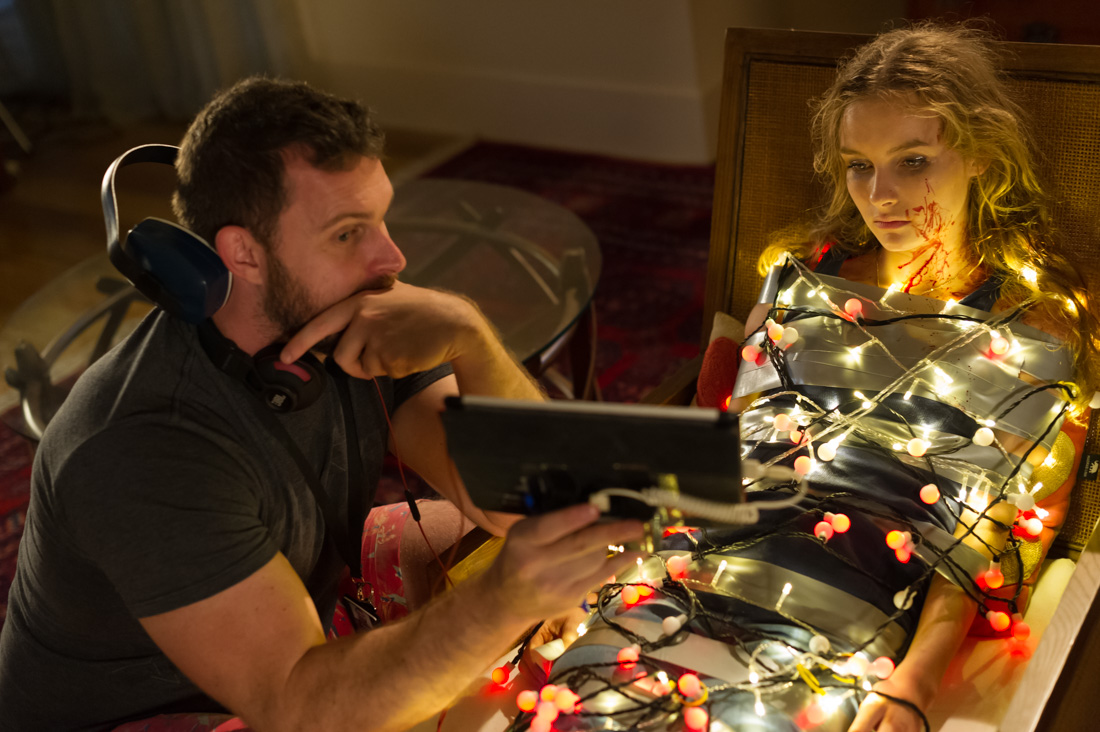 How was it working with children / violence?
Imagine being a teenage boy. Now imagine being given permission to swear, act high, do stunt fights, and wave guns around. You tell me what it was like.

Best piece of advice you’ve ever been given.
Write every day. And storyboard before you shoot.