Interview with BloodList Alum, and WISH UPON screenwriter Barbara Marshall! 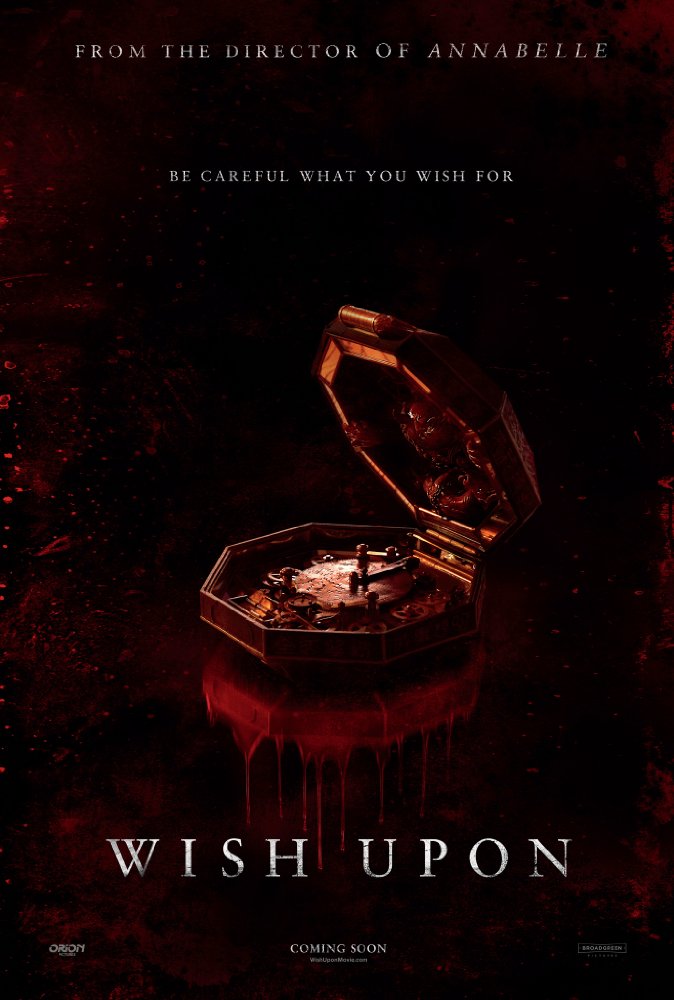 BloodList asked multi-year Bloodlist alum, Barbara Marshall a few questions about what inspired her to get into screenwriting, and what led her to write WISH UPON, in theaters July 14th.
What got you into horror?
I’m a horror/scifi nut. I discovered Stephen King, John Carpenter, and Wes Craven when I was about nine and never looked back. I think the appeal is, that in many ways, horror movies are a feminist version of a superhero movie. 90% of the time, the protagonist is a woman who seems to be, at least on the surface, outmatched and victimized by the antagonist (usually a towering insanely buff psychopath.) But she always manages to turn the tables on the enemy with her unexpected resourcefulness, even if she’s not physically imposing. I always found the stories to be incredibly empowering. Jamie Lee Curtis in Halloween, Sigourney Weaver in Alien/Aliens. They were my heroes in movies that I loved. Getting a chance to write in the genre now is a realization of a childhood dream. It’s also smart careerwise because these movies can be produced at a modest price. When you sell one, there’s a high likelihood of it getting made, more so than other genres.
How long have you been writing?
My mother’s a reading teacher so I read early and I read A LOT. I started really getting into writing in the second grade. We had this club called PencilBusters at my school where we would write stories for a few hours a week – I couldn’t get enough of it and I wasn’t half bad at it. Since then, I always knew I wanted to be a professional writer. I double majored in Theatre and Film in undergrad and wrote a lot then. I got my MFA at CalArts and focused on screenwriting. I was a pretty active member of Francis Ford Coppola’s Zoetrope studios and entered a ton of screenwriting contests (I figured I needed to be at the top of the amateurs if I ever hoped to have an actual career) and started winning a few. I placed in Slamdance twice (both TV and features) and was a Nicholl Finalist. I landed representation in my second year of grad school which was awesome and have had representation ever since. Had two other features made and have gotten on a few fancy lists including the BloodList, Black List, and Variety’s Top 10 Screenwriters to Watch. Wish Upon is my 3rd produced feature film, but my first wide release. Screenwriting and television writing are how I make a living, but my secret dream is to become a novelist. That would be amazing.
What’s your favorite, and least favorite part of the writing process.
The best part of the process is writing the original spec. It’s so free. You don’t have to think about budget or shooting days or locations. You’re just writing the best possible story you can tell within 110 screenwriting pages. It’s delightful. The hard part comes after you sell. Writing in Hollywood is super collaborative and the development process can be brutal – there are so many people with so many opinions, there are practical considerations,  and it’s all coming at you pretty fast. No one sugarcoats anything. Development hell is appropriately named. Once I had a notes call for a tv project and there were 10 people on the phone! But it isn’t always awful. In a best case scenario, the script improves and you always learn something. It’s important not to take things personally. Devo is rough but it is part of the process. No one is ever going to say, “We love it! Let’s shoot it as is, tomorrow!” Not gonna happen. Not even for the geniuses out there.
Do you have any tips for new screenwriters?
1. Read a lot and not just screenplays. Read books. Your prose should be engaging and dynamic.  A lot of great screenwriters are great writers.
2. Keep writing. I can’t emphasize this enough. It’s very difficult to make a living as a screenwriter. It’s so easy to get deflated and burned out. DON’T. The people I see who are successful are people who have a lot of ideas and are who are constantly churning them out. They don’t get discouraged. They listen to criticism and keep getting better.

A few years ago, I would always put BJ Marshall on my scripts because I didn’t want readers to initially know I was a female writer. Lately, it seems there’s been a bit of a shift towards more female driven projects and more diverse projects, especially in the genre space. Embrace who you are and refuse to let it be a liability. I’m a black woman and I write horror/scifi. Let’s roll! 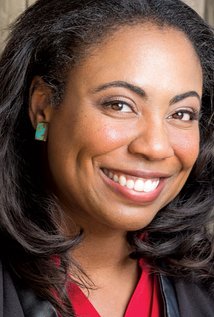 Check out the trailer:  https://www.youtube.com/watch?v=fkKaDoUh_so